Things good for your brain

Gum chewing can help increase once the rate of response and accuracy of their cognitive skills. a survey was done by the BRITISH JOURNAL OF PSYCHOLOGY researchers had two groups of people listen to a 30-minute recording that included a sequence of numbers. after listening the participants were asked to remember the things that they had heard and then it was found that the gum chewers were more attentive than the non-gum chewers.

A recent review of researchers found that gamers show improvements in the brain regions involved in attentin.theres also evidence that playing video games can increase the size and efficiency of the regions of the brain that control visuospatial skills. 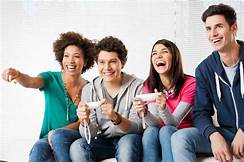 A 2015 study had proved that less frequent social interaction was associated with a higher incidence of new cases of dementia. Volunteering visiting with family and friends and staying active in social groups can help keep your brain healthy as your age.

Weird Brain Exercises That Help You Get Smarter

Switch seats at the table

You probably don’t remember when you “learned” to associate the smell of coffee with the start of a day. However, by linking a new odor—say, vanilla, citrus, or peppermint—to an activity, you’ll alert new neural pathways. Brain exercise: Keep an extract of your favorite scent near your bed for a week. Open it and inhale when you first wake up, and then again as you bathe and dress.

Your olfactory system can distinguish millions of odors by activating unique combinations of receptors in your nose. There’s a direct link to the emotional center of your brain, so new odors may evoke unexpected feelings and associations. Brain exercise: Choose a cuisine unfamiliar to you, and browse the variety of novel vegetables, seasonings, and packaged goods. Ask storekeepers how to prepare some of the more unfamiliar items.

Brush teeth with your non-dominant hand

Your hands will probably notice varied textures of your own body you don’t “see,” and will send messages back to your brain. Brain exercise: Try showering using just your tactile senses (although, use common sense to avoid burn or injury). Locate the taps solely by feel, and adjust the temperature. Then wash, shave, and so on with your eyes shut.

3 thoughts on “THINGS TO KNOW ABOUT YOUR PROCESSING MACHINE(BRAIN)”